The Woman in Yemen We’re there to protect Annie’s family from itself or Annie from her family, not clear which. See, ours is largely dead, so we adopt hers, or hers adopts us … not clear on that point either.

I come in last having found a distant spot for the car among the leaves along the curb. Would rather just walk around the neighborhood, enjoy the misty November dusk, the perfect comfort each sealed house bespeaks,  solid, weather-worthy, full of warmth and good smells. But I have to go into Annie’s little brick cottage where everyone’s arrayed in a suspicious circle, holding out against this annual ritual of unrequited love.

A boy with curly brown hair plays a game on a handheld device. His mom’s not there, that’s one absence. Seems she and Annie’s  brother, Mike, plan to divorce. Another absence is Dave, sister Toni’s second husband. Tom died last summer. Too fat; heart attack; 47. Their son Peter is a half foot taller this year and getting fat, too. Perhaps to compensate, Toni’s daughter Kelly by her first husband has showed up. Never joined us before.  Pretty Kelly doesn’t say anything. Like Toni, she’s bipolar, sometimes in up quark mode, sometimes in down quark mode. Definitely down tonight.

Sam, Annie’s husband, doesn’t care. He’s drinking diet Snapple secretly laced with vodka that mixes well with his Vicodin. Not saying anything, either. His father-in-law, Grandpa Ray, who’s eighty and used to smack Annie across the face when she was a little girl, is sitting beside Gwen his wife on the couch. They don’t look at one another.  Smile in different directions. Up from Florida. Aren’t going to go into anything except storm damage and memories of the Korean War, when times were so bad they were good.

Then there’s Annie’s other brother Bill, who owns several Guinness bowling records and the largest collection of old Volvos and spare parts in the country and his harried wife with that fugitive look beneath her helmet-like hairdo. Last year she said she couldn’t go on teaching kindergartners. Couldn’t shut up about it. This year she can’t shut up about the new principal who tried to put her in middle school to ease her pain. But she resisted and now has seventeen preschoolers, two to four, is impossible. Here’s how preschoolers work: When gathered in the same classroom, the four year olds regress to three, the three to two, the two to one. Piss and poop everywhere.

I trust in my proposition–no one will ask me anything about myself–and and sit next to Annie’s son Caleb (by her first marriage) who has been in a large law firm since June. This firm begins firing new hires after three years. Historically,  only 2% make partner. Caleb tells me he expects to keep lawyering after he’s let go while later telling my wife he wishes he could put on a backpack and just walk. Anywhere. Both futures can’t be true, but he’s smart. Had a full scholarship all the way through law school so he could get this good job from which he’ll be canned. Lawyers, as they say, can do anything.

Grandpa Ray says he has a lawyer friend who was in the north tower on 9/11 and the loudspeaker said no one should move. After ten minutes, the lawyer friend told everyone to move anyway. They all lived. That’s a hero. Korean War stuff like back in Grandpa Ray’s day. Other heroes are the guys who fought on flight 93 in Pennsylvania. Brother Bill, Grandpa Ray and I agree we’d have fought, too. More Korean War stuff. But what about landing the plane if we prevailed? We debate whether auto-pilot can do it. Bill says no, and we must defer because he owns all those Volvos and saw a 60 Minutes piece where five non-flyers were put in simulators, and only one was talked through landing safely. The others crashed  big time before they could make the auto-pilot work.

I say I love giant machines. Soon-to-be divorced Mike says he was a logger years ago and used to drive oak trunks down mountainsides six at a time. His rig had a snowplow to aid in both braking and steering. He’d keep it low and if the rig wandered, he’d drop it and redirect or slow his progress by cutting  into the roadbed.

“Why did you stop logging?” I ask.

Mike says loggers only stop logging for one reason, they go broke. Best job he ever had, steering with his snowplow.

We begin talking about the mahogany tree on Grandpa Ray’s condo grounds in Florida, all beat up by the last storm. It’s got to come down. Dropping nuts on people. One old lady tripped, broke her ankle, and sued the community association. I say sell the wood. Ray says there’s no market for it. Mahogany? I ask. There’s different kinds of mahogany, he says. This one’s all knotty and burly.

“Well, that could make it especially valuable for table makers and even sculptors,” I say. “They could make a movie about you old guys finally making the killing of your lives.”

Brother Bill laughs, delighted by the thought of his father finally winning the Korean War. Grandpa Ray smiles, skipping over this filial funny-stuff. His problem is the county says they can take the tree down but must replace it with two, and there’s no room for two. He wanted to put in a royal palm and was told it didn’t generate enough oxygen. So back to the drawing board. Maybe a silver buttonwood.

Have we seen Annie? No, we haven’t seen Annie, but now here she is, small, wiry,  wearing her apron like chainmail for protection. She announces dinner: squash, mashed potatoes with cheddar cheese, turkey, of course, stuffing that includes oysters, green beans in vinaigrette, salad, chocolate cake with a cheese cake center, coffee and Grand Marnier for those who can pass her breathalyzer test. We toast her before cramming into the little dining room, Sam with his Absolut Snapple, me with my fourth glass of wine.

Toni says her grief over losing her husband sometimes hits her like one of those wandering waves in the oceans; otherwise she’s okay. Her son isn’t, though. He breaks down in class and is sent to the psychologist’s office two or three times a week. And she can’t travel, just when she wanted to most because she’s a sociologist tracking the effect of Twitter on the Arab spring.  People all over the MIddle East tweet once, sometimes thousands of them in a second, then go silent, so no one can trace them, but there’s a woman in Yemen, a node, who bravely retweets what she’s pulled in. Toni would like to meet her. Her apartment in Sana’a must be set up with more computer equipment than Google in California.

The disturbed boy still has his gizmo in his hand, ignoring his mother’s lament. The rest of us listen and nod and cut and chew. Annie stays safe in the kitchen. For seconds and thirds we tweet into her, more or less like the desperate folks in Syria, Libya, Egypt, Bahrain, and Tunisia.

The old regime, the one that brought us here, the genetic defects, deaths, moments of questionable passion, close calls, ancient abuses, and lingering mysterious ties, can’t last forever. Bob’s mahogany tree is doomed; my sixth glass of wine is almost empty; Kelly is telling Toni she’s heading off; the boy who lost his father now says he is not feeling well, cause perhaps more emotional than too much chocolate cheesecake.

An inaudible whistle blows through us all. Game is over. Time to go.

We walk outside. Why did I park so far away? I always do that, I’m reminded. Always. Okay, always, I confess. I’m guilty. I know it. I like the feel of the night air. I like musing about my brothers eating together in Pennsylvania and my dead parents whose Thanksgiving dinners were just like the one we now leave.

And  no one asked me a question until now, and I appreciated that. I enjoyed taking things in, eating and drinking and listening. I’m like the woman in Yemen, I suppose. Send me your messages; I’ll pass them along, but don’t ask me for mine. Just walk. What a good idea. Just get yourself fired and walk. 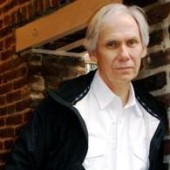 Robert Earle's short fiction has appeared in dozens of magazines from Quarterly West to Iron Horse Literary Review, Blue Moon, Consequence, and Inkwell. He has also published two novels, and a memoir of a year in Iraq.