The World As I Said It: The Borders of First-Person Narration in FALLING HOUR First-person writing is a slippery thing. There is a primordial sensibility to direct speech which obscures its malleability, an inherent comfort possessed by any native or learned speaker of a given language with its most basic storytelling mode that shrouds in simplicity its protean ways. Like the old sea god, himself a character in a spoken tale, first-person narration is the chimera behind the cloud, never, despite its ubiquity, quite the same thing twice. There is the frame, the tale, the method, the madness. There is the time of the narrating and the time of narrated, a distance which births the original sin of physic distance in all first-person accounts. These elements lack the tumult and the largess of the materials found in third-person—that land of endless points-of-view and dark cellar steps plunging into minds—but they offer fruits of labor all their own. In recent years the first-person novel has begun to reveal more of its many incarnations, delimiting afresh our most ancient written form. On one of these rocky outcroppings, far out to sea, is Geoffrey D. Morrison’s heart-on-its-sleeve, playfully metafictional novelistic debut, Falling Hour.

The book follows Hugh, a pensive young man in his early thirties who does something obliquely online (neither he nor we being overly concerned with specifics), and is engaged in the sale of a picture frame he’s stumbled across. He carries the ornate, heavy thing with him to the local park, where he’s arranged to met up with his buyer. While he sits in the grass, he thinks. Falling Hour asks even less of its protagonist in terms of external action than Nicholson Baker’s inevitably invoked The Mezzanine. Much like Molly Bloom, Hugh doesn’t have all that much to do, freeing him up for some serious cogitation.

This, he does, thinking about the frame, about the buyer, about a snail crawling across the wood (yes, we see you, Kew Gardens), about his own current situation in telling us this story, about his past, and about a range of other topics, from Marxist-Leninism to Keats’ tubercular brother, that are knocked off in a progressive style which takes the novel right up to the essayistic edge. The sea god has taken up a rather long-winded guise, manifesting in a novel that is a bit like being on a flight with an extremely earnest friend of friend trying Adderall for the first time. You can’t help but admire the energy, even if every now and again a change in tone wouldn’t hurt.

Morrison is nothing if not devout, in his work and the views espoused by his hero. Here again we have a modern novel that, to some extent or another, eschews the typical and shows a willingness to break the mainstream mold. It can never be possible to have too many of such books released and, in that way, Falling Hour is a welcome addition to contemporary shelves and shops. It’s easy to locate Morrison’s first novel within the late renaissance of inventive first-person works mounting a challenge to convention, joining ranks with such 2022 releases as Emily Hall’s The Longcut and Mark Haber’s St. Sebastian’s Abyss. Like them this is a book dominated by a first-person narrator with a very specific story to tell and a specific, unconventional manner of doing so. While it may lack the explosive precision in language of the former or the extravagant humor of the latter, Falling Hour similarly operates via an idiosyncratic worldview and intense temporal compression, an abbreviated fictive present narrative arc giving rise to tributaries of accessed memory.

That worldview is one that runs the gamut of philosophy, poetry, and humanism. As he sits in the park, Hugh’s innumerable references, infused with personal anecdotes and musings on ills of the modern world, allow for a thematic freedom of which Morrison makes great use. Despite our narrator doing almost literally nothing in the fictive present, there are few subjects on which we feel we don’t know his thoughts.

God, was I slow. As slow as a snail. Ha ha. For thinking something so stupid I should have gone to jail. But I do not really mean that. I hate all jails and guards, hate them as I do armies and missiles, as I do money and companies. As I do all the legions of the smiling powerful who try to soften the peoples’ instinctive hatred for these things. Many times while thinking in what could never be true seclusion I had wanted to blow them up. I knew they knew. Their keyloggers, as I said before, and their methods for listening through phones.

This maneuver is a favorite of Morrison’s—a certain detail mentioned by Hugh setting up a transition into another sojourn on the failings of society. This tidy two-step is where the novel truly departs from its recent compatriots in the first-person renderings of the inner life—not to mention from Molly Bloom. Falling Hour is much more polished and risk-adverse on the sentence level than some comparisons would suggest. There is no ‘stream of consciousness’ here, no raw, unfiltered, freely-associative interiority à la, to name but one such comp, Ducks, Newburyport. There is, quite simply, a sustained series of thoughtful and erudite digressions on all manner of life, culture, art, and history.

That our hero is burdened by a large baroque frame is no accident of symbolism. Creator and creation alike are more apt to make inventive, subversive use of a such an item than to hang it on the wall. Like the rain soaked wood his protagonist carries, Morrison’s narrative frame is amusing and allows for moments of nice scenic detail, but the true heart of the novel is these veins and arteries, the open space between the corners.

While at first blush this style seems to focus inward, Falling Hour is more exercise in those metafictional boundaries than true exploration of the mind, a fundamentally Proustian conceit (if Marcel had been a passionate activist rather than neurotic writer) that is at its most interested with the wider, external, world, and its most comfortable with the direct address, fourth wall be damned. An early reverie on the nature of fictive time and that old writing workshop quagmire, the act of the telling, is illustrative:

This approach, while leaving something perhaps to be desired by the reader drawn to psychological depth and arresting prose, works to achieve the book’s clear aims. Falling Hour is an incredibly cognizant novel; Morrison seems to have set out to discuss everything he could, from capitalism to gender identity. Give it few more paragraph breaks and titles for its chapters, and Falling Hour could pass as a collection of nonfiction essays on social activism. Where Hugh, and by extension Morrison, run into difficulties are the times—occasional but by no means rare—that these discourses become more moralizing treatise than novelistic innovation, passages that, given the narrative context in which they occur, offer little of significance to the actual book while merely addressing, never really exploring, the issues themselves. The risk of didacticism, in a word, runs high. There is a correlating monochromatism, as well, and the reader can be forgiven for feeling a bit exhausted or overwhelmed whenever the flight of the sea god hits a patch of rough air.

However, many will no doubt find this approach a refreshing one in its unapologetic, forthright manner. If for the critic Falling Hour’s most meaningful contribution is its interrogation of what the first-person novel can be, for many in the audience it will be the candid treatment of current social questions within a fictive structure. Hugh is a worldly, perceptive, and at times quite funny protagonist, one in which is it hard to find fault or much to criticize. The range of his discourses is varied and deep enough to maintain readerly interest, and Morrison skillfully handles the temporal movement necessitated by his central premise. One can see evidence of the layers of construction illuminating the compositional history of this novel, one that, much like the talismanic snail crawling about the frame, works with careful, circular patience to illustrate the world through which it moves. The first-person novel has been revealed in yet another form, wrestled to the rock and made to yield up one more of its secrets. For that, surely, Falling Hour deserves mention as a notable debut along the estuary of modern fiction. 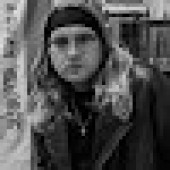 D. W. White writes consciousness-forward fiction and criticism. He is a graduate of the M.F.A. Creative Writing program at Otis College in Los Angeles and Stony Brook University’s BookEnds Fellowship. He is the Founding Editor of L’Esprit Literary Review, and serves as Fiction Editor and Excerpts Editor for West Trade Review, where he also contributes critical essays and book reviews. His writing further appears in 3:AM, The Florida Review, Another Chicago Magazine, Necessary Fiction, and Chicago Review of Books, among several other publications. A Chicago ex-pat, he now lives in Long Beach, California, where he teaches writing at Otis College and frequents the beach to hide from writer’s block. He is on Twitter @dwhitethewriter.