This Is Between Us: Excerpts We’re Here For the Music

We were in the bar of a fancy hotel and our heads felt lopsided with sloshed alcohol. The DJ played songs from the 80s and our friends said they wanted to dance. I flailed my arms like a joke and grinned like an idiot. I did not mean to act so silly and I quickly became silent. A gloom settled over me as I realized that I did not know how to dance anymore. It had been ten years since I last danced. Ten static and dance-free years. I looked at my hands and my feet reluctantly. They were dead people.

We went to see a friend play music and there was only one chair left. I sat in it and you sat on my lap. We drank strong beer and felt the alcohol numb our blood. My legs fell asleep and then I imagined that you were actually attached to me. There were eight legs—four wooden ones and four human ones, but two of the human ones were dead and useless. They just dragged on the ground. I imagined us (as one) wandering the aisles of a grocery store.

As I listened to the music—a grand and sweet and beautiful lilt—I read the label on the beer bottle and saw the brewing company was founded in 1896. Then it felt like I was a mummy and you were a mummy. We were one drunk mummy, in love with our own wrapping.

We are out at a local club where a new band is playing. The bass player of the band is a famous young actor, so there is a lot of young women dressed their sexiest. Most of them stand near his side of the stage. People are jumping up and down all around us. The drum sounds bounce against the chugging guitars. “I’m being felt up by like twenty people,” you shout in my ear, but I see you smiling as we sway with the crowd.

I feel badly for the lead singer. No one is looking at him. They all look at the famous bass player, who does nothing exciting and even has his back to the audience.

I remember the first show we went to, at a small club where my friend’s band was headlining. It was more of a mellow show and we sat at a table near the stage, holding hands. We did not have to guard our drinks from people bumping into us. We could see and hear everything and my friend even dedicated a song to us.

We went to meet some friends at a concert in the zoo. There was a big outdoor stage and a young British singer sang an array of pop song covers in a pseudo-jazz style. There was something forced about his appearance, his personality. We could tell he was short and not very attractive but his hairstyle and vintage-looking suit gave him the appearance of a kid dressing up for his older sister’s wedding.

“This is the kind of jazz that middle-aged soap opera viewers like,” I said.

“This is the kind of jazz that white people on boats listen to when they’re trying to attract a mate,” you said.

“What kind of mate?” I wanted to know.

“An exotic one,” you said. “White people on boats go for exotic more than anything.”

“Like a girl who can’t speak English very well?” I asked.

“That doesn’t matter so much. I know a really beautiful Korean girl who has never been to Korea or ever spoken the language. As long as they look foreign. Japanese, Mexican, Creole. Anything with dark or freckled skin.”

We listened to the singer and watched everyone around us smiling, nodding their heads, off in their individual fantasies.

“I never got to screw an Irish girl,” I said.

“Let’s walk around,” you said.

We told our friends that we were going to get some beers and then we wandered off to where the animals were.

“I wonder what kind of animals Irish girls like,” you said.

“I’m not really that interested,” I said. “I mean, can you even name a hot Irish girl? Someone actually from the country?”

We wandered through the monkey house and stopped to watch two monkeys having sex. No one else was around. The sound of the singer, crooning a Radiohead song, fluttered through the air.

We went to see an ex-boyfriend of yours play in a band at Berbati’s once. It was about a year after we started going out. I had never met the ex-boyfriend before, but I knew he was the one you went out with before you were married and had Maxine. You said the relationship was a good one but then he moved to Seattle to play bass in this band. You said the breakup was “reluctant” at the time. His name was Peter.

It was a slow night at the bar, with only twenty or so other people there for the show. This made me feel good for some reason, that his band wasn’t popular.

You pointed him out to me while the opening band played. He didn’t look so great, which also made me feel more comfortable.

When they got on stage though, the guy you had pointed at sat behind the drums and another, taller and better-looking young man, picked up the bass.

“Is Peter the drummer?” I asked you.

I looked at the bass player and realized I must have misread your pointing finger. We watched the band’s set of aggressive noise-rock as I felt a knot in my stomach getting tighter. I remembered once you told me that you were turned on at rock shows because the way musicians played their instruments was the same way they had sex. You could see the passion in their faces and in their tensed muscles, you told me.

After the show, we talked with the old boyfriend while the band packed up their gear and you bought one of their CDs. We drank a beer with him and then you hugged him for a couple of seconds longer than I expected.

“Peter is a pretty good-looking guy,” I said on the drive home.

“You sound surprised,” you said.

You didn’t say anything.

“I heard that it’s hard to date guys in bands.” My voice unexpectedly cracked.

The first time I went to your apartment, I wanted you to show me each room and display something you do in those rooms. “I like to imagine what you’re doing all day when you’re here,” I said. “I like to think of you all the time,” I said.

In the kitchen, I watched you make coffee. In the bathroom, you sat on the toilet seat for me. In the living room, you did some jumping jacks. You sat at the dining room table and ate a carrot while I watched you. In the bedroom, you slowly changed your clothes without taking your eyes off me.

We are both divorced. We have one kid apiece. My son, Vince, was ten when we met. Your daughter, Maxine, was nine. We both have old school loans to pay. We cannot remember exactly what we went to school for. We say things like, “Life gets in the way,” and we laugh like it’s a punchline.

When you took your shirt off for me that first time, I noticed the scar on your left nipple. I kissed your right breast and carefully cupped your left breast. You didn’t seem shy about it, so I thought about asking you what happened, but decided not to yet. I wondered what other men before me did. Did they talk to you about it right away? Were they turned off? Did they shyly apologize? I also wondered what you’d want me to do. Ask you about it? Ignore it? Maybe say it’s beautiful and give it extra attention?

My face rubbed across your chest and I opened my eyes to focus on the nipple. I was making pleasure sounds but I didn’t say any words. It didn’t look like a surgery scar. I wondered if you had a pierced nipple and maybe a stud or ring had been torn out during some horrible accident. I took my mouth off of your right nipple and softly licked around your left. I waited for a few seconds to see if you’d stop me or flinch. I thought about the time an old girlfriend made it a point to kiss the mole on my back.

“Does that feel good?” I finally whispered.

“More than good,” you answered, and your hand went up to my head, fingers spreading through my hair.

I covered your left nipple with my mouth, felt it with my tongue. I gave it a tender suck and felt something bloom there. I took my mouth off for a second and saw that the nipple was hard and alive, like the right one. I leaned back a moment and admired them both. They were matching now, moving hypnotically with your breathing.

Later, I said something to you about it. You didn’t know what I was talking about. “Your left nipple is shy,” I said. “It doesn’t stick out like the other one. It recedes in your areola. I had to coax it out.”

“I never noticed it like that before,” you said.

I started to think I was wrong about it. Like maybe I was seeing things or having some kind of anxiety about how much attention I paid to your breasts. I never noticed the nipple receding after that. They were both so proud and hard when called upon. Sometimes I objectified them and thought of them separate from your body. I imagined your breasts doing other things like driving a car, typing on a computer, or buttering toast. I want to give them names. Perky and Pokey. Betty and Boop. You and You. Mine and Mine.

You said you only smoke cigarettes after sex. I once saw you in your car with someone I thought was your cousin, stopped at a red light, exhaling smoke.

I slapped you lightly when you said you liked it rough. You laughed, so I slapped you harder. I called your pussy a “forty year old pussy.” You pinched my face like a weird grandmother.

Moving in with someone always feels like you’re pruning yourself. Two people turning into a four-legged, four-armed, two-hearted being. There are things to be considered like colors (my mismatched dishes were given to Goodwill), bed sheets (yours didn’t quite fit my bed), and food choices (everything with high fructose corn syrup had to go).

Plus there are the kids, who were excited to live together, despite their lingering confusion. Just months before, they had both biological parents going to their teacher conferences, eating dinner with them, and tucking them in at night. I wonder if they sensed any of the cracking, the shifting, or trepidation that was happening in us. We tried to “act normal.” As if breaking vows happened every day. You asked me, “Do you think we’re sending the wrong message by falling in love?” I didn’t know how to answer that.

Maybe my perspective was a little skewed, but it looked like everything in the Goodwill pile was mine.

I sit on the couch and watch the cat cleaning itself. Sometimes he sits and watches me take a shower. One day, the cat and I watched you take a shower. Your hands were so graceful. Slow motion. It’s so interesting to see how we clean ourselves in this world. 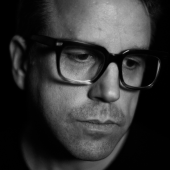