“I’m not going to speak from nowhere,” I believe Nicanor Parra once said. I don’t remember if I heard it said in some interview or some video. I googled it and can’t find the citation. Maybe he said something similar, but in my mind I recorded it like that, or maybe I dreamed it. What I’m certain about is that Parra actually did say it from nowhere: from that no-place that we who have chosen to inhabit—or have surrendered before the invisible call—of the darkest and most crippling of offices: poetry. Maybe instead of a no-place, it is an anti-place, a place that, being technically a place, a spot determined in space-time, a flag in a map, an address or a postal code, it is also a place that is further from its geographic and spatial specifications, from the datum that we could bring together: Bartolomé de las Casas Street, number x, county of Vitacura, “the best place to live,” as it’s said by the slogan on the brochures that the municipality periodically sends out. The clean and silent streets in a residential neighborhood that is slowly resistant to the voracity of the big real-state agencies that raise luxurious buildings of DFL2 apartments that they sell like hot cakes in around US$500,000, where the sun filters through the foliage of the beeches, acacias and oaks, and from a distance a barking dog can be heard, the approach of a truck from a distance. This could be a city in any country with a Mediterranean climate. The only difference is the form, clarity and angle of the light, that’s the only particular thing we could say from this here and this now.

Wallace Stevens said in a poem: I am what is around me. I believe in that, but I believe that the place that one occupies the world is not related, necessarily, with the geographic place where one had to be born. Yes, in part, because we are modeled by the environment. But in literature, instead, we are the ones who model the landscapes to which we belong. We can choose the color palette, the type of brushstroke and, it is clear, who our precursors are. Here, at my window’s view where I write and I live, I see Swiss chard growing around jasmine and white roses and an underwood of luxuriant bushes with cherry tomatoes, or whatever you’d like to call those small tomatoes that are tasty and jivarized1 versions of their larger namesake family. As a Chilean poet, I feel like a cherry tomato still green in the furthest bush from the front of the imposing red tomatoes that I always tasted in my childhood and that, lamentably, is almost impossible to find in supermarkets.

From where I write: from no determined place—suddenly I am in Chile. In front of me I see tomatoes, flowers and vegetables that I have never mentioned in some book. Behind me a library guards my back, there lies my dear Eliot, Berryman, Lowell, Lihn, Parra, Cheever, Baudelaire, Ginsberg, Esterhazy, Kîs, Pound, Borges, Bellow, and a large troupe of multinational names, on my table rests the last book of my friend and fellow countryman, Zambra, and through the speakers sounds the beloved music of a friend that has accompanied me through decades, to who I never had reason to know personally, Miles Davis, from whom I adopted his Wittgensteinian maxim: Don’t play what’s there, play what’s not there.

1. Jivaroan peoples refers to groups of indigenous peoples in the headwaters of the Marañon River and its tributaries, in northern Peru and eastern Ecuador. These groups identify speakers of distinct languages of the language family of the same name. The Jivaro people are famous for their head-hunting raids and shrinking the heads from these raids. (source, Wikipedia) 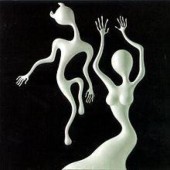 Sergio Coddou was born in Santiago de Chile in 1973. He is the author of two books of poems: Lyrics (Rottweiler Editions, 2005) and Machina (Tacitas Editions, 2007). In 2013 he published a translation of Robert Lowell’s poetry and prose, Apuntes Autobiograficos (UDP Editions, 2013). He has written articles, columns and essays about literature and music which have been published in Artes y Letras, “Revista de Libros” and various other journals. He is married and the father of four children. He has a B.A. in literature from the Catholic University of Chile (1998) and a graduate degree in General Literature from the University of Chile (2003). He is currently translating the prose and poetry of Delmore Schwartz for UDP Editions and is at work on a project that combines prose and poetry, whose working title is Bildungsroman.