Tunneling Forward: Remembering the Iraq War through the Poetry of Hugh Martin While it is difficult for many of us to think back a decade to the War on Terror’s growth into what became the War in Iraq, Hugh Martin unabashedly can. Rigorous in its plainspoken (yet still musical) syntax and troubling when considered as the sum of each of its well-machined, poetic parts, The Stick Soldiers made me feel as if I was sitting in a tan, Iraq-traversing Humvee or at a gleaming chrome barstool State-side alongside this fearless and deceptively timeless poet.

Martin’s poems glisten, reflecting the harsh realities of his own flesh-and-blood experience—a sign they have been fine-tuned through years of careful reflection, maturation, and editing. More than anything else, though, they feel inevitable:

We low-crawl across the yellow
grass of the practice grenade-range:
sixty boys, arms and legs, holding

hard to the earth. Drill Sergeant Barnes yells,
We’re getting ready to invade Iraq
and Saddam Hussein wants you dead.

Poems like “The Summer Crawling” firmly ground us in the tactics, terrain, and existential grit of a military experience we as readers may never come close to living but can nevertheless taste, touch, feel, see, and hear. “M-16A2 Assault Rifle,” a quasi-ode/sonnet which opens the collection, provides an excellent example of Martin’s ability to make sonically rich the otherwise impersonal, emotionally distant language of military weaponry and tactics.  Full Metal Jacket’s infamous soldier chant of “This is my rifle. . .” is replaced by a poetry that humanizes and even beautifies the speaker’s cherished weapon:

Some days I clean the rifle so it shines,
a cold slice of darkness in grease-stained hands.
Some days, I hate to take it outside, dust
blowing faster, eating the morning brown.
Some days, after the warm silhouettes bow
across the green field of the firing range,
I sit against sandbags, sweat in sunlight,
and hold that grip, the muzzle’s edge resting
across the top of my thigh. And some days,
when I’ve cleaned it for hours, I want only
to take it home for the space of blue wall
above the mantel, because it’d be wrong
to shoot again, to smear and smudge with whorls,
to blemish a thing that makes the night blush.

Many of the other poems in this collection are sectioned off into quick-hitting, Ezra-Pound-esque clips of narration and image that mimic at least partially how cable news networks reported the War in Iraq: explosive packets of decontextualized information—shrapnel-like pieces interpreted differently depending on the current political climate.  Martin’s numbered fragments, however, each contain enough context to exist as short stories in-and-of-themselves—honing in on specific physical and emotional details to tell fully realized stories. Take, for example, these from “Friday Night, FOB Cobra”:

like worms over his biceps. The curls
are part of his plan for home:

On burn detail, Ritchey stirs shit
with a metal rod,

asks Carter—standing back with a smoke—
Doesn’t it make you hungry?

In Tower Ten, Stevens discusses mutual funds,
interest rates. He says a young guy like me

might spend all his money on a bike, a truck,
a house. He’s taking his wife

for a cruise, investing the rest,
and that’s what you do with money.

“The War Was Good, Thank You” includes another fragment that is central to the notion of simultaneous detachment and agency that drives the engine of the book. Opening with images of rifles collecting dust and a pair of Iraqi lovers seen kissing through a scope, the poem shifts to an intensely personal moment of reflection, acceptance, and near-mystical transcendence regarding Martin’s place within the context of the decade-long war:

Some afternoons, I lay outside shirtless
and set ice cubes

on my closed eyelids. I let them melt.

Images like this accomplish more with what they don’t say than with what they concretely do—and Martin is a master craftsman of them, especially in poems like “First Snow,” where he takes the idea of ice cubes on his eyelids a step further in a poem of homecoming, relocation, and remembrance:

I’ve left college to drive home
for Thanksgiving. The first flakes of snow
touch—flail—across the windshield,
fade behind on the black concrete.
As I push the switch, the sunroof slides
to let in the wind, the snow,
and who can say about loving—
when we put holes in our roofs for the sky—
that we don’t, and we can’t.

The final poem in the book, “Nostos: Quinn’s Bar, Cleveland Heights,” brings full circle notions of war, homecoming, and veteranhood in ways that both simultaneously convince and surprise. Beginning in a blizzard-blanketed Midwestern bar, the poem ranges back and forth between the United States and Iraq—charting a course for where we as readers, as Americans, as human beings in a long war’s aftermath can find at least some semblance of peace. While the poem provides no easy solutions for where that refuge may exist, at one point breaking down into a disconsolate repetition of “Fuck it, fuck it,” Martin brings to bear an honest longing for location, for belonging, for identity that makes The Stick Soldiers add up to much more than a book of “war poetry” by a “war poet.” Its scope and intent are far broader than mere personal witness and approach something bordering on Literary with a capital-l—that is to say, literature with emotional resonance and gravity that make it worth returning to and studying for as long as the written word persists:

We walk
with small steps

and trust the ice
is firm enough by now. Further.

I can hear the flakes
sticking to my cheeks.
The frozen snow
cramps with our steps

like the deep Diyala sand
hardened by the sun,
and ahead, like fading lights,
the flurries tunnel forward.

In terms of its social and historical implications, Martin’s may be the most important poetry collection of the 2000s. The Stick Soldiers sets the precedent for all future accounts of war in poetic form. Groundbreaking in its honesty, necessary ugliness, and compellingly executed intertwining of imagery, emotion, and story, this is a stunning first book. It remains, like Martin’s psyche, buried IED-deep on a roadside in us—its metallic shape shining, gleaming, beckoning in the afternoon sun—if we choose to see it. 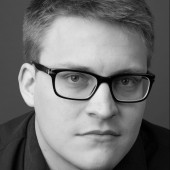