“Unfed” and “What Remains”

‘Unfed’ is a 6-minute experimental poetic dance film. It was the first of many works Jason Lam and I collaborated on after we met at the residency Time_Place_Space_4 way back in 2005. A finalist in the Zebra Poetry Film Awards in Berlin in 2006 it has continued to feature on television and in festivals around the world ever since, most recently in 2013 at Poetas por Km² at the Conde Dunque in Madrid and at the ZEBRA screening at Art Printing Works in Kuala Lumpur, Dec 2014.

The film’s name is drawn from a George Eliot quote: “the painful eagerness of unfed hope” and the work explores aspects of loneliness and alienation. Through textual, spatial and temporal fractures, Unfed physically and imaginatively evokes the hidden, inner landscape of our longing for connection, meaning and love.

Unfed from GiantKillerRobots on Vimeo.

‘What Remains’ was screened at the 2008 Zebra Poetry Film Awards and featured on Moving Poems in 2011.

The work explores the uneasy zone between pleasure and pain, love and possession, connection and abandonment. We open up and another infiltrates virus-like, gets beneath our skin, modifies our form, redirects our blood stream.

The text is part of a larger poetic work called Owen’s Waiting and was originally conceived as a dialogue between two male characters, reframed here for the screen by Lam.

What Remains Preview Edition from GiantKillerRobots on Vimeo. 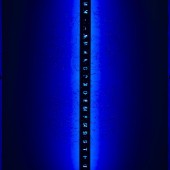 Dr. Gareth Jenkins is an independent researcher, creative practitioner and community development specialist. His theoretical work focuses on avant-garde literature and art-makers that have experienced schizophrenia – he has presented his research in Australia, Europe and the U.S.A. He has created a 5000 page digital archive of Australia’s greatest Outsider Artist and Writer Anthony Mannix, hosted by the University of Sydney. Gareth is a hybrid-media artist and his creative work includes visual art, poetry, digital media and performance. His film collaborations, images, text works and sound works have appeared in numerous publications including Cordite Poetry Review, Rattapallax, The Drunken Boat, Rabbit Poetry Journal, Mascara Literary Review and in The Last Vispo anthology. More of Gareth’s work can also be found here. Dr. Jason Lam is the other kind of doctor by day and an artist working in film, animation and installation the rest of the time. Originally a dancer with Tasdance and Sydney Dance Company amongst others, he got fat/retired to focus on his films and art which have been screened and broadcast nationally and internationally. He has designed for The Australian Ballet, Sydney Dance Company and other leading companies. Jason and long-time collaborator Adam Synnott joined forces in 2008 as Kaboom Studios. Together they hope to take over the world, but in the short term have settled with creating ever more ambitious media projects. In addition to a rich art practice they also created the interactive projections for Graeme Murphy’s ‘Silver Rose’, ‘Romeo and Juliet’ with the Australian Ballet, ‘Some rooms’ with Sydney Dance Company, Leigh Warren and Dancers’ ‘Impulse’ and Sue Healey’s ‘As you Take Time’. They consult widely on interactive installations for museums and commercial ventures. More from Jason can be found here.