We Will Listen for You: An Excerpt An excerpt by Nick Ripatrazone.

She crouched in the hall and tied her boots.

The leather relaxed and breathed when she stood.

She moved slowly to her sister’s door.

Pamina slept with her husband, Rolf.

Their Colonial had burned a year ago: August 3rd.

Scorched to the foundation. Faulty wiring, no insurance.

They’d bought it with cash to fix up and flip. Neither happened.

Laine didn’t want Rolf around but she owed Pamina.

Mothers do not owe daughters.

Pamina was left out of the will.

Laine felt that she had to right the omission.

She brought Pamina into her home, the home she had been gifted.

She had to let Rolf come.

She watched Rolf cook haphazard omelettes and burn garbage fires in the field.

His lanky form shadowed under the moon.

Soon those shared hours in the house increased Laine’s hate.

Laine dreamed that she found him hanged, swaying in a slight wind beneath the cedar-blocked sky.

His pupils so bright.

And finally, her brother Aaron.

Asking Laine if hate was lust.

She could taste both on her tongue.

She drubbed water on it and spat into the sink but the desire remained.

She wanted Aaron to come home, to save her from herself, to split open the world again so that it spilled onto all of them.

She needed a resurrection.

She was willing to die first.

“I can hear her breathing.”

Rolf put his hand over Pamina’s mouth, felt her lick his palm.

He pressed harder and lifted his head.

Laine did this every morning, leaned her weight into the door before heading to the trail.

He could hear the slight, pinching creak of the wood.

Rolf thought Laine wanted him so badly that she’d do anything to get close.

He could tell what she’d been trying to hide.

Rolf pulled back his hand.

“We should open the door.”

Pamina stared at him.

“Why can’t you leave her alone?”

She turned to her side, closed her eyes tight, pressed her lips against the pillow.

He’d seen Laine watching him from the bay window.

It took a few minutes to get a firm grip on the doorknob.

Rolf hugged her when he came inside, pulling his hand down her back to feel for a bra.

She never wore one, so he saw her form during wet afternoons, on the deck, palms open    on her thighs while the clouds nearly touched the ground.

Last night she’d led him upstairs, and his stubble scratched against her neck.

Pamina was already asleep so Laine turned her key in quiet.

Rolf leaned against her, rising with each of her breaths, feeling her shy away under his       weight.

She pushed him inside and closed the door.

He remembered nothing after that.

He laughed when people talked about the devil, like Satan was a cousin back for an            August family reunion.

He didn’t believe in God but he loved the idea of evil.

Maybe that was why Laine wanted him.

He would sin again.

And Aaron knew it.

Aaron spent his freshman year at Ithaca in Theta Chi.

He called it “The Bat Trap”.

Aaron left for seminary before his sophomore year.

He went to St. John’s in Boston.

So much happened there. Such an education, that of a priest.

He ran the Theology on Tap program.

Said God reached man through the ears when the mouth was ready.

He’d always been closer to Laine, who was as bad a Catholic as they came, in the institutional sense.

A cross tattooed at the base of her neck, with arrows on both arms.

But that wasn’t her sin.

Christ has his own marks. As did Paul.

As do most of us.

She could go this way or that.

She hadn’t been to Mass in years; the nearest church was a half-hour away.

Pamina would never talk of God.

She could not stomach the Church since confirmation.

Rolf thought Aaron was a fool.

“You used to run track. Now you’re running from reason.”

Rolf thought Aaron was a magician. Asked him once to pull something out of a hat.

Laine was excited Aaron was coming home but she didn’t think priests could get leaves of absence.

Something must have happened.

She did not think what everyone else thought when a priest was in trouble.

He wouldn’t not tell her.

She could barely hear him over all the noise in the background.

She asked where he was, and he said nowhere. 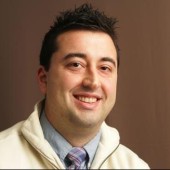 Nick Ripatrazone is a staff writer for The Millions. His books include a novella, This Darksome Burn, and a forthcoming collection of stories, Good People. He is also the author of two books of poetry, and a book of literary criticism, The Fine Delight. His fiction has appeared in Esquire, The Kenyon Review, and Shenandoah. He teaches public-school English in New Jersey, where he lives with his wife and twin daughters. His website is www.nickripatrazone.com.