What Drives Us to the Success Stories We Choose to Be In Tales of an Inland Empire Girl, Juanita E. Mantz, Riverside County Public Defender and USC Law graduate, chronicles her childhood and adolescence in this deeply moving memoir told in short vignettes and poetry with humor and grace, where each piece can be read independently through the innocent voice of a child or  teenager. While anyone may boast of Mantz’s stellar legal career today, her childhood and adolescence were far from idyllic. The mixed-race daughter of a Mexican mothernd white blue-collar father, Mantz details her turbulent childhood where her parents fought almost daily as her mother worked two jobs to make ends meet while her father’s drinking problem put constant strain on his marriage and the family’s financial resources. With grit and patience, Mantz recalls how she escaped into books while her parents struggled to stay together while still falling apart all around her.

As someone who grew up in a suburb of Los Angeles during the 80s and 90s, the Inland Empire—otherwise affectionately known as the “IE” for SoCal residents—continues to be that space east of LA County, an expansive space all its own. The IE that Mantz describes is the IE that I can see with my own childhood eyes. Mantz also captures an era where latchkey kids, including myself, were  the norm. Primarily among immigrant households, small children were oftentimes left unattended as childcare was not even a word. Children were “little adults” who were left to their own devices to care for themselves while their parents worked long hours providing for the family.

A balance of grave and funny, Mantz recalls in “The King Chair” when her twin sister, Jackie, has a penchant and fascination with matches and nearly burns the house down. It is up to quick-thinking Mantz to put the fire out by dragging the front yard hose into the living room. While Mantz does not specify her age nor that of her sisters, the reader can assume these girls are less than ten-years-old, and yet despite their age prove their cunning resourcefulness in putting out a fire. “I race into the living room and see tall flames the color of Ronald McDonald’s hair. That is a lot of fire, I think” (33). This is just one example of Mantz’s humor that manages to balance itself against the gravity of the situation. Had childcare been available, we can imagine that Mantz and her sisters would not have had the opportunity to put themselves in these situations, and yet it is these experiences that make Mantz who she is today and defines an era of childhood that many Generation Xers can relate to and painfully laugh at.

Mantz’s Mexican heritage also shines throughout the memoir as she introduces readers to her mother’s eclectic family, from her Tia Tilly, Grandpa, and Tio Roland. As Mantz examines her Mexican identity through her friendship with Melinda, her childhood best friend, “Melinda and I didn’t talk about race at all. We knew we were brown. It was obvious. I especially loved hearing Melinda talk Spanish to her mom even though she was hesitant to do so. Melinda wanted her mom to learn English. But I was jealous of the secret other world of rolled-out R’s” (96).

Between sarcastic humor and seriousness, Mantz reveals the reason why her mother chose not to teach her daughters Spanish: “‘It’s your dad’s fault you don’t know Spanish,’ Mom says. ‘Your dad told me not to teach you because that way you couldn’t make fun of him in Spanish like my brothers do.’ Mom‘s brothers call my dad a gringo borracho, which means drunk white man” (74-75). Underneath the humor, Mantz highlights a phenomenon common among her era where many immigrant parents had decided not to teach their children their Motherland’s tongue due to their hope of assimilating into American society. As a daughter of immigrants myself, I can commiserate.

Though the memoir ends with Mantz dropping out of high school and then making her way through community college while juggling side gigs to financially support herself, Mantz’s ending shouldn’t be taken as a sign of resignation. Rather, Mantz’s ending provides a significant point of beginning—not just of hope, but of maturity, self-motivation, acceptance of one’s family, accountability for one’s actions, and the emotional integrity to fully identify all that has happened during her childhood that ultimately led her to becoming a high school dropout.

Mantz’s details of her mother’s episodic rage not only reveal the young narrator’s oversight to comprehend the magnitude of her mother’s frustration as an overworked waitress, but it also shows the innocence of a child who still has yet to understand the reasons behind her parents’ troubled marriage due to her father’s alcoholism. While Mantz idolizes her laid-back and loving father throughout childhood, Mantz digs deep to reveal a complicated but determined mother whose love and devotion was not exhibited through kisses but who wanted nothing more than a better life for her daughters. Mantz also reveals the brokenness and, at long-last, the redemption of her father who always believed in his daughters.

In the two-part epilogue, Mantz provides summaries of her slow but certain rise from her lowest point after being a high school dropout. Her closing poems serve as vivid indices to earlier-mentioned vignettes such as in her poem, “David,” where Mantz paints an intimate portrait of her deaf older brother who died tragically before she was born. While Mantz makes references to him whom her mother claims she has a strong resemblance to, it is in the poem that Mantz gives us a clear visceral image of the circumstances surrounding his death. Her poems also detail Mantz’s sanctuary of the plastic cheese at the park which a young Mantz would hide in and escape the constant fights between her parents. Through poetry, Mantz is able to capture the poignancy of her mother’s daily struggles as a waitress to her father’s last days.

While one can say that Tales of an Inland Empire Girl stands as a prequel to Mantz’s earlier work, Portrait of a Deputy Public Defender (or, how I became a punk rock lawyer), Tales stands independently, chronicling the colorful childhood of a mixed-race Chicana daughter. As Mantz shares stories of childhood trauma, she carries a comedic style which makes her kind of storytelling an art form in itself. This is not to underscore that her tone is always comedic, but it becomes her signature way of finding joy, love, and laughter in her family life no matter how short-lived those moments can be. As a Brown author myself, it’s been ingrained in me that we Filipinos laugh in the face of adversity, not as a way of minimizing or sidestepping the severity of a situation, but that sometimes there is no better alternative but to laugh. As the late great comic Charlie Chaplin best put it, “We must laugh in the face of our helplessness against the forces of nature, or go insane.”

Filled with vulnerability, humor, innocence, compassion, and forgiveness, Tales of an Inland Empire Girl allows us to see the groundwork of what can shape and drive us to the success stories we choose to be. 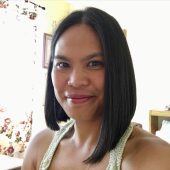 Elsa Valmidiano is an Ilocana-American essayist and poet. She is the author of We Are No Longer Babaylan, her award-winning debut essay collection from New Rivers Press. Her book reviews appear in Poetry Northwest, The Collidescope, Bridge Eight, and Up the Staircase Quarterly. Her poetry and prose are widely published in literary journals and anthologies where her work most recently appears in Marías at Sampaguitas, Canthius, Hairstreak Butterfly Review, and MUTHA Magazine. On her website, slicingtomatoes.com, Elsa curates a directory of Pinay visual artists from the Philippines and Diaspora whose work she features alongside her poetry and prose.