When I Was Under Construction No need to embellish this story. February, 1976. The eyes of cattle iced over. We were pruning apple trees at an orchard near the Colombia River where the summer before I shot a carp with a bow and arrow. A traditional Czech dinner is a thick soup of carp’s head and offal or boiled carp in black sauce: we knew all that and congratulated ourselves on our peasant roots. There was a shack among empty shacks at the orchard, with yellowing newspapers tacked between exposed studs. A hot plate. A lumpy mattress on an iron frame where we zipped together our sleeping bags. We did not let this hardship keep us from having sex. We warmed ourselves with it. I was with a man I didn’t trust but loved, in that stupid reckless way, where you crave him. Where you’ll say yes to just about anything. Like some tired old blues song but sung by someone new so you don’t notice how tired. Until it’s too late. My neck was stiff from cold and slanting upward, clipping water sprouts from skeletal trees. The orchard owner said to always envision the tree’s future shape. I said I needed a break. Packed up a rucksack. Put out my thumb. Various drivers ferried me across the Cascade Range. Only one hit on me. Then onward, across the sound, to Port Townsend. It was winter-bleak there, too. At the fort I went to Copper Canyon Press. Turns out this was a pilgrimage, a half-formed notion until I smelled the printer’s ink and lead type in wooden bins. I wanted to know the names of the fonts. At that time in my life I wanted to know the names of everything. Stars, wildflowers, rivers, birds. I wanted to know how writers constructed their lives. Sam wasn’t there. Tree’s kindness brought tears to my eyes. She gave me two of Sam’s books. On the deserted beach, I ate a tiny piece of blotter acid, and waited for it to come on in the cutting wind. I wore a down parka and knew I was tripping when I felt and was grateful for every down feather. I read Sam’s poems. I had chosen the foolhardy rightness of this — the cold that gripped me, the gulls that shrieked, the squiggly alphabet I had to strain to decipher, almost like learning to read for the first time. His poems were gospel. Pacific Northwest Gospel. The Beats were elevated to sainthood. Loneliness, my communion. An acquired taste. I might have died, but didn’t. Later, Tree made me an omelette. Dill-fragrant. Later, I walked into town and went into the Town Tavern and they let me lay down my sleeping bag in a vacant room upstairs for $1. I was still trying to prove something. 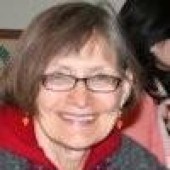 Patricia Henley is the author of three novels, four collections of stories, two chapbooks of poetry, and a stage play. Her first novel Hummingbird House was a finalist for the National Book Award and The New Yorker Fiction Prize. Her first collection of stories, Friday Night at Silver Star, won the Montana First Book Award. Her work has been anthologized in Best American Short Stories, The Pushcart Prize Anthology, Circle of Women, The Last Best Place, and other anthologies. Engine Books published her most recent collection of stories, Other Heartbreaks. About the stories in Other Heartbreaks, Robert Olen Butler wrote: “All of us ardent Patricia Henley fans have cause for rejoicing. Her long-anticipated collection of new stories has arrived, and it is splendid. The characters in Other Heartbreaks are achingly familiar as they strive to connect, even as the obstacles they face in that striving reside within themselves. Patricia Henley is one of our culture’s finest chroniclers of the human heart.”