From Anton Chekhov’s letter to Maxim Gorki: “. . . to cross out as many adjectives and adverbs as you can . . . It is comprehensible when I write ‘The man sat on the grass,’ because it is clear and does not detain one’s attention. On the other hand, it is difficult to figure out and hard on the brain if I write, ‘The tall, narrow-chested man of medium height and with a red beard sat down on the green grass that has already been trampled down by pedestrians, sat down silently, looking around timidly and fearfully.’ The brain can’t grasp all of that at once, and art must be grasped at once, instantaneously.”

This passage, quoted in What Light Can Do, Robert Hass’s new collection of essays, is a pearl of great price. In every writing class, over and over you are told not to use too many adjectives and adverbs. What you are not told is the rationale: art needs simplicity. “When you lose simplicity, you lose art,” Joseph Campbell said (The Campbell Companion), probably quoting someone else. Chekhov explains why: the brain can grasp only so much, while “art must be grasped at once, instantaneously.”

On closer look, however, it’s not the number of details per se that clogs the cluttered second version of the man sitting on the grass. It’s the fact that these details are crammed into one sentence. What we have here is not just the too-muchness of things, but disrupted flow clogged with commas. Velocity is lost, flow is lost. And a good piece of writing needs to flow by itself. The syntax needs to be simple, particularly in poetry, which otherwise risks being “hard on the brain.” Simple words and simple syntax, further split into simple units with the magic tool of line breaks — now there is a chance that poetry can happen.

(A shameless digression on line breaks. I remember a workshop with Jeffrey Levine, during which he mused: “There are terrible things happening in the world: warfare, famine, genocide. And here we are, talking about line breaks . . . isn’t that wonderful?”)

Line breaks are immensely important; I protest the current popularity of prose poems. The brain can grasp only so much at a time, and line breaks help. Recently a friend sent me a poem that delighted me with its elegant, sophisticated simplicity, far from simplistic:

Yesterday I laundered a mouse —

She came out a little damp,

lying on her side as if asleep,

as if sculpted from Japanese Kami paper.

If there were children in the house

there would have been a funeral —

But they are gone and I am old —

I scooped her into the trash.

Aside from the brilliance of noting that a laundered mouse came out looking like origami, what don’t we have in this poem? There is childhood and old age, life and death, domestic practicality versus sentiment, the mouse as art and the mouse as reality. We have the past overlaid on the present like a revenant ghost, a lifetime of mothering — one infinity after another. And yet it sounds so simple: “Yesterday I laundered a mouse  . . .  She came out a little damp.”

Just a week ago I was treated to another feast of infinity in simplicity, and more life and death.

the ashes are from a woman

whom I only meet

as I pour her

into my pottery urn

whom I only feel

when I scoop in my hand to hold

small hunks of her bone

as I scatter her

what’s left of her

we rub on our pant legs

while we circle around each other

how could we be so bold?

to grab a messy handful

we’d picked up as children

sifting all sorts of remnants

of life, not knowing

until this dust of a wife

I breathe into me

until her death resounds

in the song that I sing

which is heard before

it comes out of my mouth

until I begin to sparkle

cast into the air

we sit in silence

with the lake and the forest

Again we have the past and present, nature and culture, ruthlessness and tenderness. Infinities blossom forth one after another, and we can grasp those unending complexities precisely because of the simplicity of the poem. The words here are simple and ordinary, especially the one-syllable active verbs that move the narrative forward: meet, pour, feel, scoop, clings, rub, circle. Like “Origami,” this poem too is not “hard on the brain.” That’s why it touches us. Both poems practically bypass the intellect, going deeper.

I think it’s safe to say that the greatest poetry uses the simplest words, the simplest syntax, a child-like parallel construction. To be or not to be? And if not that, then: Can I make it more simple? It is one of the most important questions a poet needs to ask during revision. Paradoxically, depth resides in simplicity. So yes, please cross out most of those adjectives and adverbs. And let the silence around the words speak for itself. 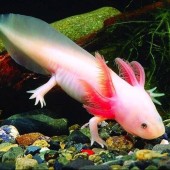 Oriana Ivy was born in Poland, and came to this country when she was 17. Her publications include Poetry, Ploughshares, Best American Poetry 1992, Nimrod, Spoon River Review, The Iowa Review, and more. Her April Snow won the Finishing Line Press 2011 chapbook contest. She leads the San Diego Poetry Salon.